Hive7 was a web/flash game company that published on social network platforms and created one of the first social MMO's on Facebook titled Knighthood. For my role, I worked closely with a team of artists and developers (in house and remotely) to concept, plan, produce, AD, and QA our web game titles Knighthood (10M+installs), Mobties, Zombie Chomp, and YouTopia.

Most often I was exploring the visual style by creating characters, backgrounds, icons and animations, and then fitting them into early prototypes designed by the devs, game designers or the ui/interaction designers. Many projects got shelved for various reasons, my favorite being Squirrel Wars. 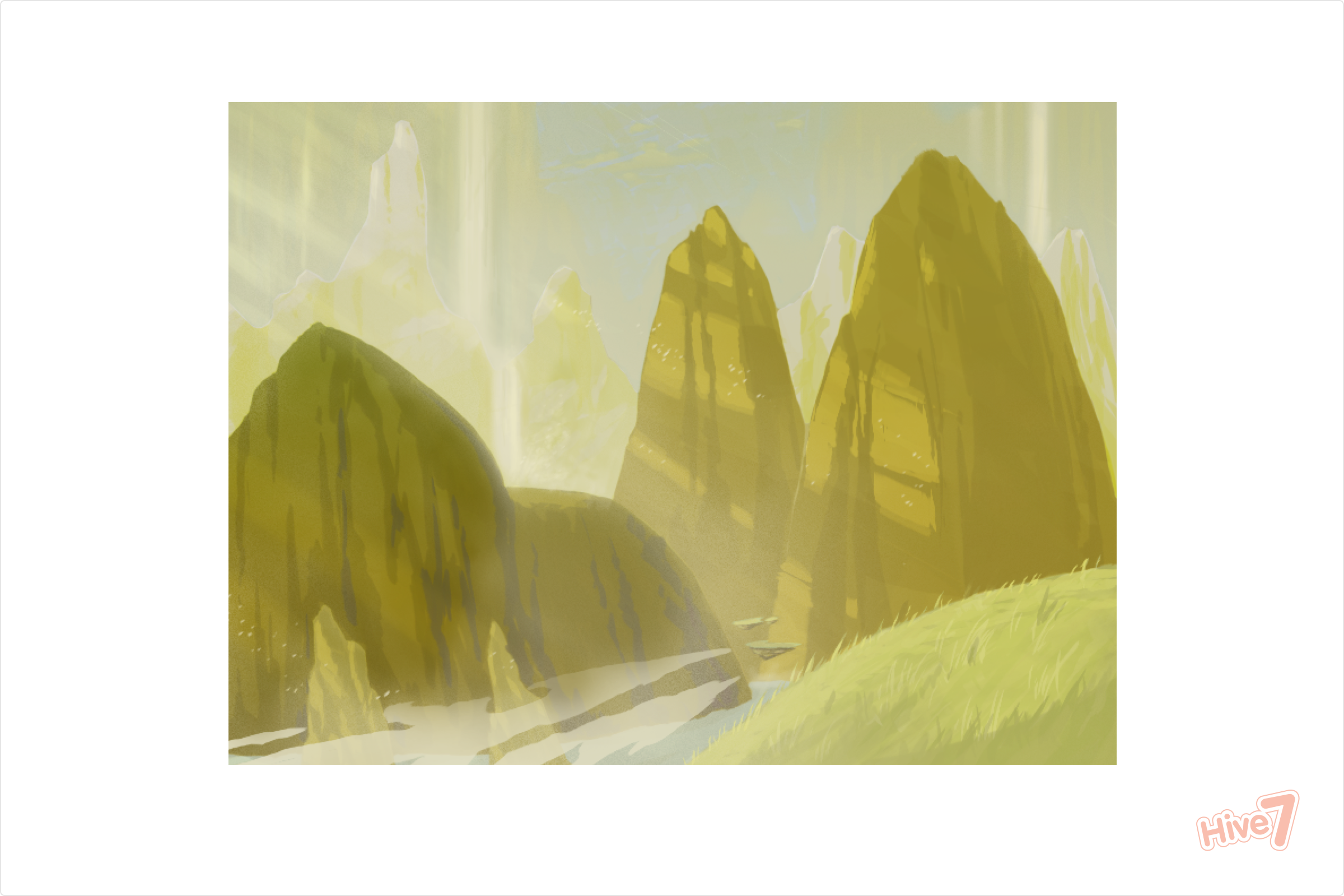 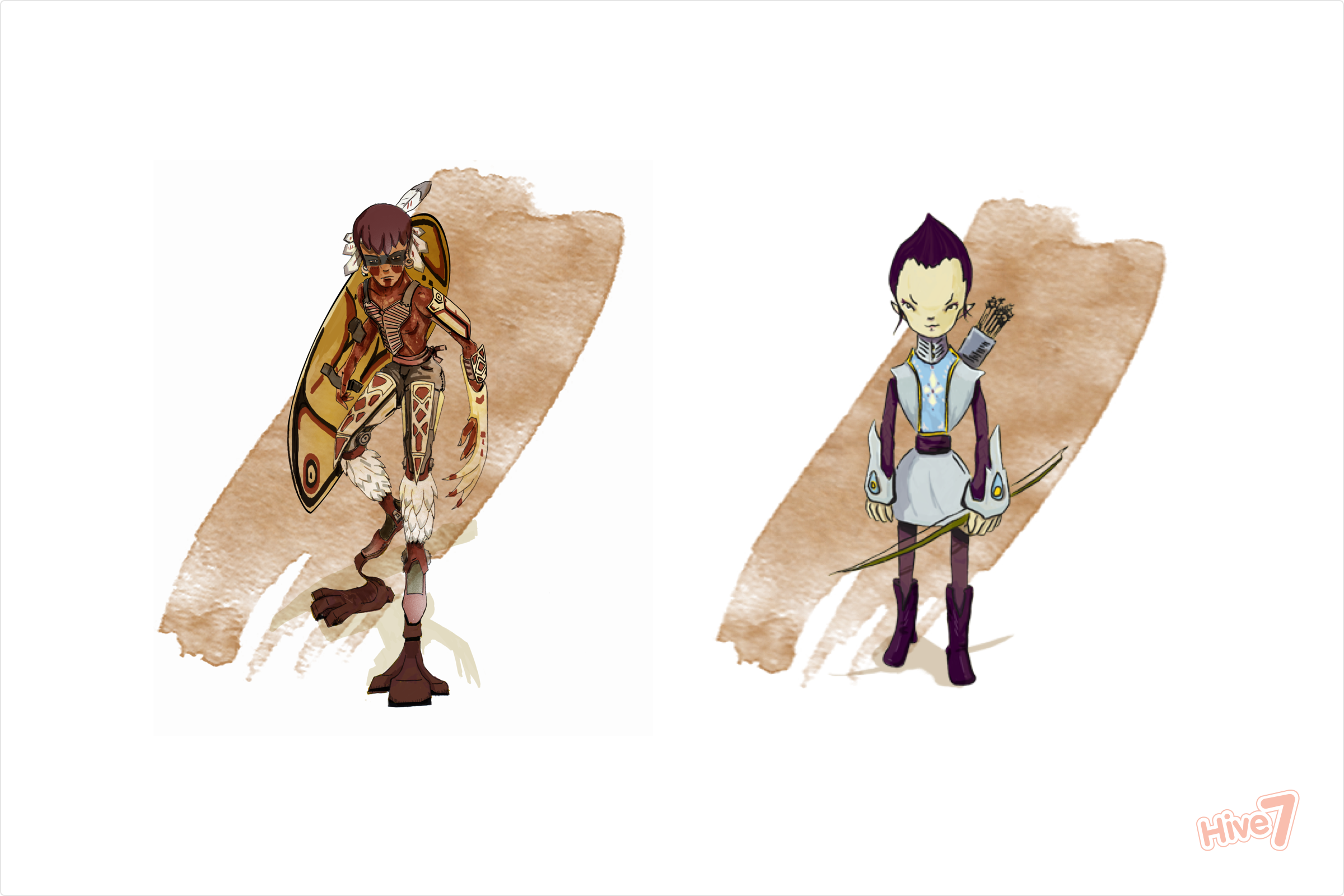 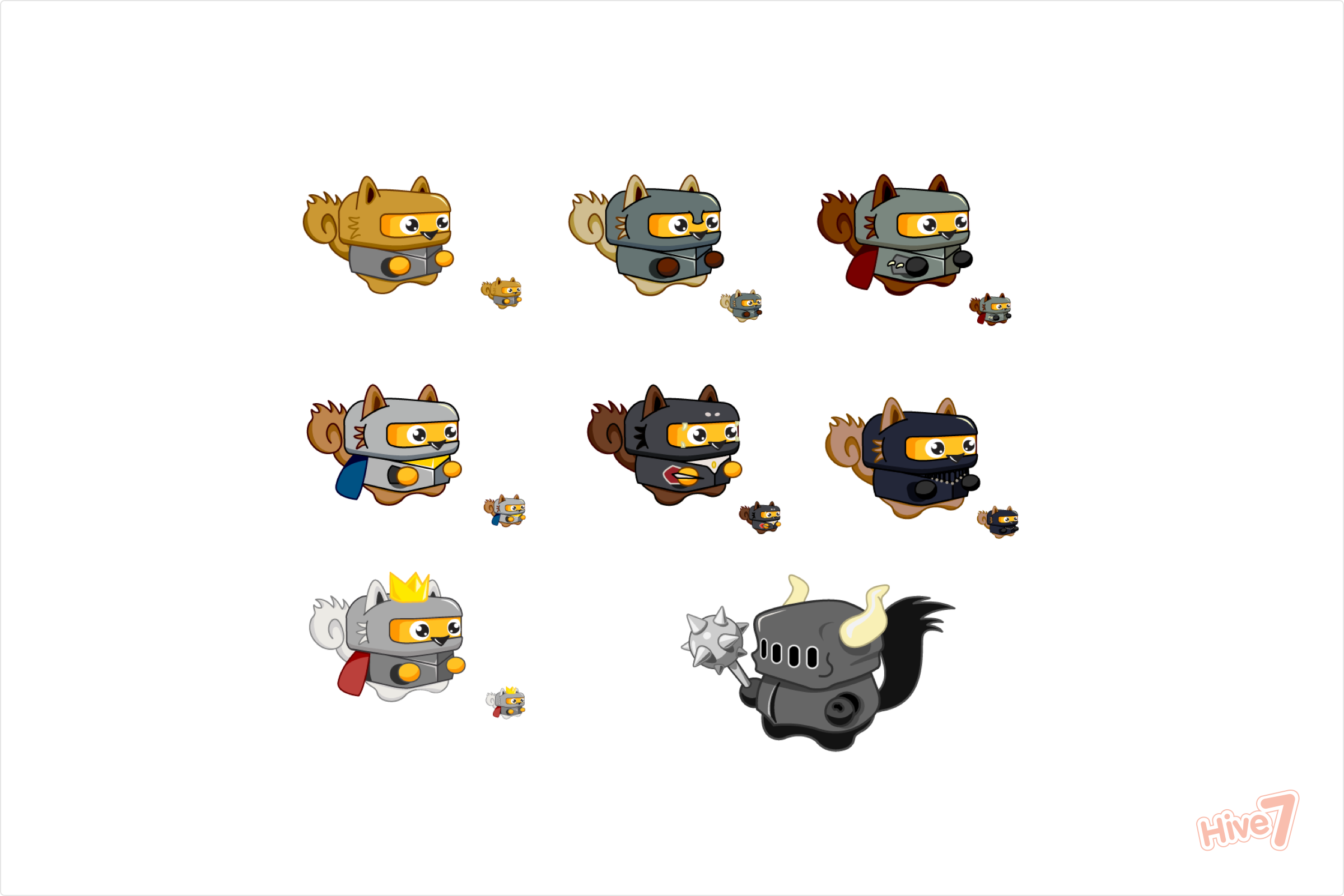 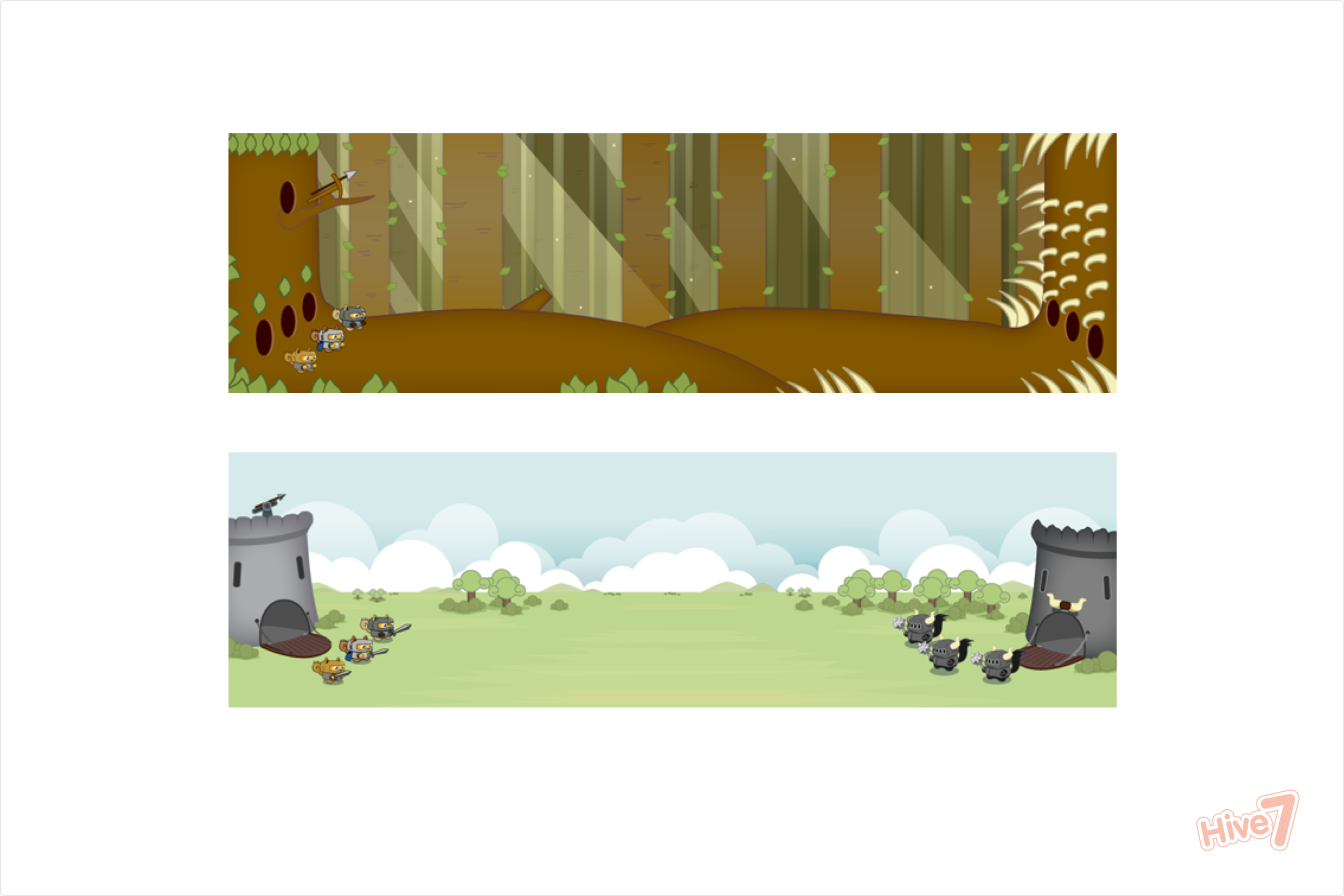